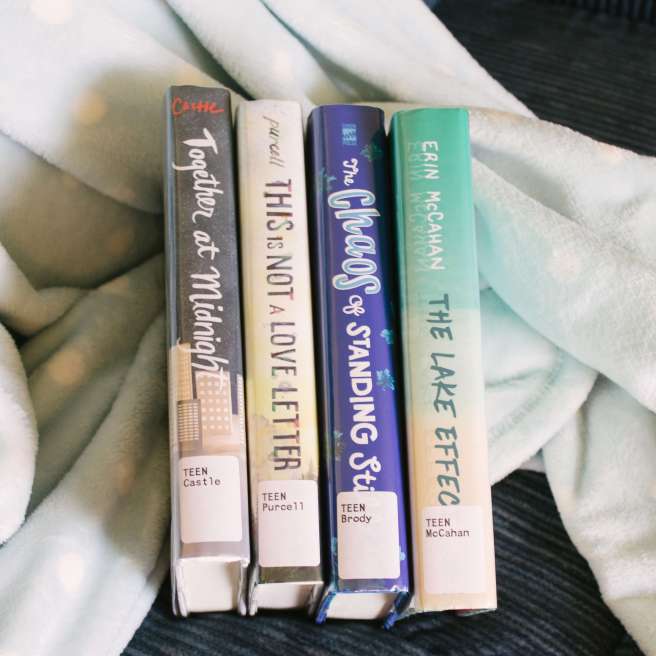 I’m back again with another one of these posts! This is everything I’ve been enjoying through the spring months! Although since I’ve been on summer vacation for a month now, it’s still spring in calendar terms! If you want to catch up on my winter post you can read that here.

I’m actually so proud of myself with how many books I have read this year! I just finished my 18th book, so that means I’ve already passed the number of books I read in all of 2017. I’ve been reading a mix of Kindle books and actual books. I also just have to give a shoutout to the amount of money I save because I mostly read library books. Although I have a shelf full of books that need to read as well!

Maybe Someday by Colleen Hoover, The Sun and Her Flowers by Rumi Kaur, Meet Cute by multiple authors, The Hereafter by Jessica Bucher, You Don’t Know Me But I Know You by Rebecca Barrow, Hopeless by Colleen Hoover, Trusting You & Other Lies by Nicole Williams, The Lake Effect by Erin McCahan, The Distance from A to Z by Natalie Blitt, The Chaos of Standing Still by Jessica Brody, and In Conclusion Don’t Worry About It by Lauren Graham.

Out of these I have four that I really recommend picking up. I picked out Maybe Someday on a whim, and I’m so glad I did. It has so many different layers to the stories and the characters and I found myself really hooked in the book.

Sydney is living in an idyllic bubble—she’s a dedicated student with a steady job on the side. She lives with her best friend, has a great boyfriend, and the music coming from the balcony opposite hers is fast becoming the soundtrack to her life. But when Sydney finds out her boyfriend is cheating on her, the bubble bursts. The mysterious and attractive man behind the music, Ridge, gives Sydney hope that she can move on and they begin to write songs together. But moving on is harder than she expects, Sydney can only hope….

Another Colleen Hoover book that I really loved was Hopeless. This one is another one that just got me hooked in the story and characters, and the ending is quick a plot twist.

That’s what seventeen-year-old Sky realizes after she meets Dean Holder. A guy with a reputation that rivals her own and an uncanny ability to invoke feelings in her she’s never had before. He terrifies her and captivates her all in the span of just one encounter, and something about the way he makes her feel sparks buried memories from a past that she wishes could just stay buried. 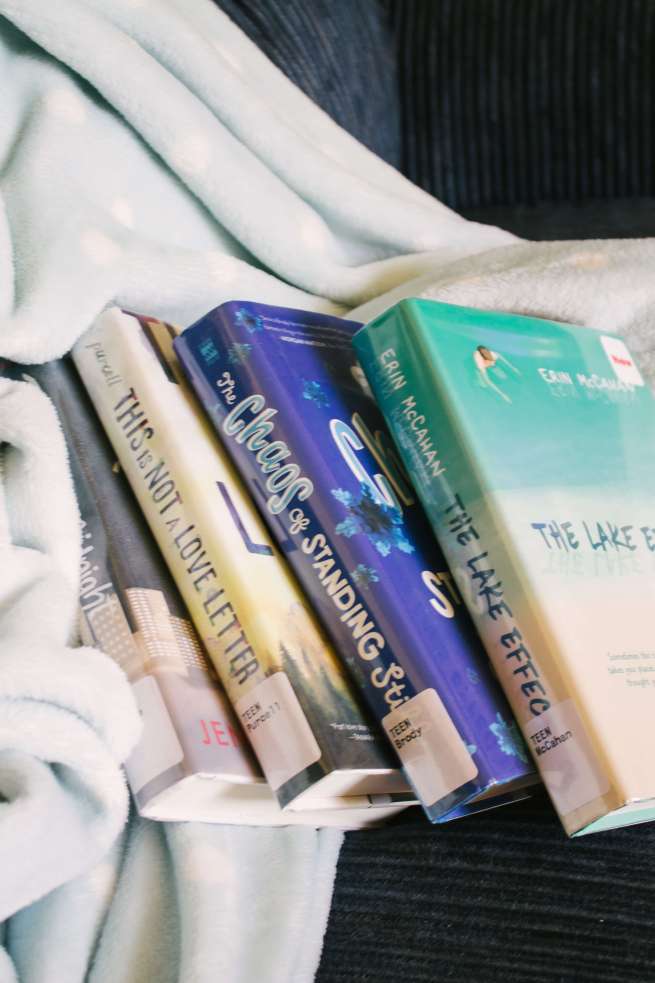 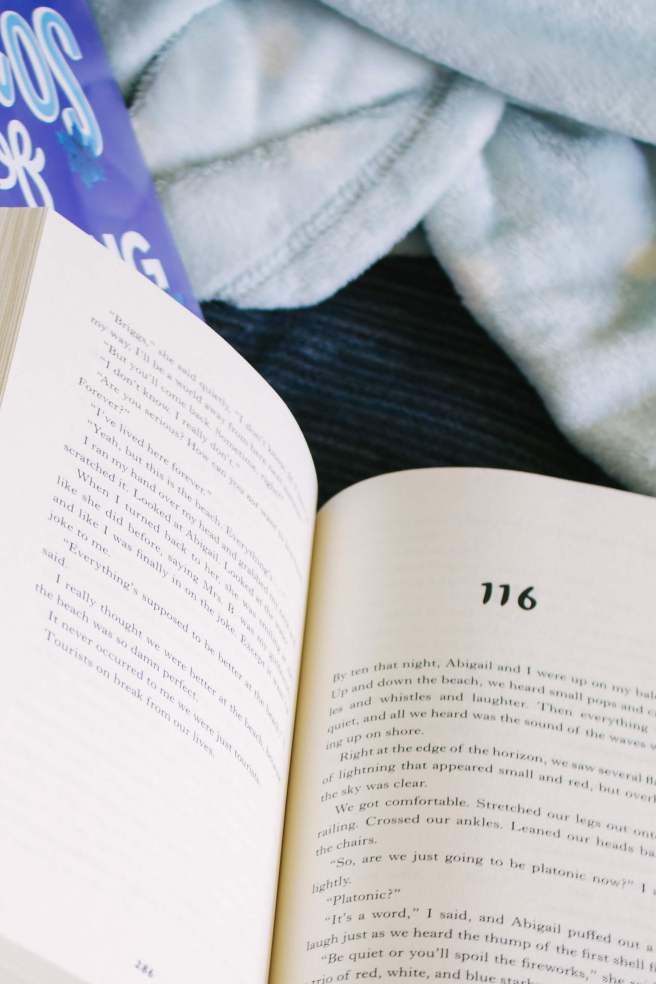 I really related to Trusting You and Other Lies because it was about being a summer camp counselor. The characters really develop in this book which I really enjoyed.

Phoenix can’t imagine anything worse than being shipped off to family summer camp. Her parents have been fighting for the past two years—do they seriously think being crammed in a cabin with Phoenix and her little brother, Harry, will make things better?

Finally, I have the Chaos of Standing Still. This book follows Ryn as she gets stuck in the Denver Airport on New Year’s Eve. It explores many different areas of grief and the chaos of being snowed in an airport.

When the two accidentally swap phones, Ryn and Xander are thrust into the chaos of an unforgettable all-night adventure, filled with charming and mysterious strangers, a secret New Year’s Eve bash, and a possible Illuminati conspiracy hidden within the Denver airport. But as the bizarre night continues, all Ryn can think about is that one unread text message. It follows her wherever she goes, because Ryn can’t get her brialliantly wild and free-spirited best friend out of her head.

But tonight, for the first time ever, she’s trying. And maybe that’s a start.

I’ve watched quite a few shows recently, but I’ll just mention a few! I’m watching season four of Jane the Virgin and it’s so good! I’m so sad the next season is the last one, but I know it’s going to be good. Also the Bachelorette is back on! No offense, but it’s been kind of boring so far. I’ve only watched the first two episodes, but I’m hoping the guys and Becca get a little more interesting.

My dad and I are also back watching Below Deck Mediterranean. This is probably the only reality show that I really watch anymore, and this season has been really dramatic and interesting so far!

My Spring 2018 Spotify playlist is probably one my favorites that I’ve made. I found a love for Jack & Jack and Bazzi on this playlist. Also just lots of country songs because I love to jam to them in the car.

View all posts by renaevinzant 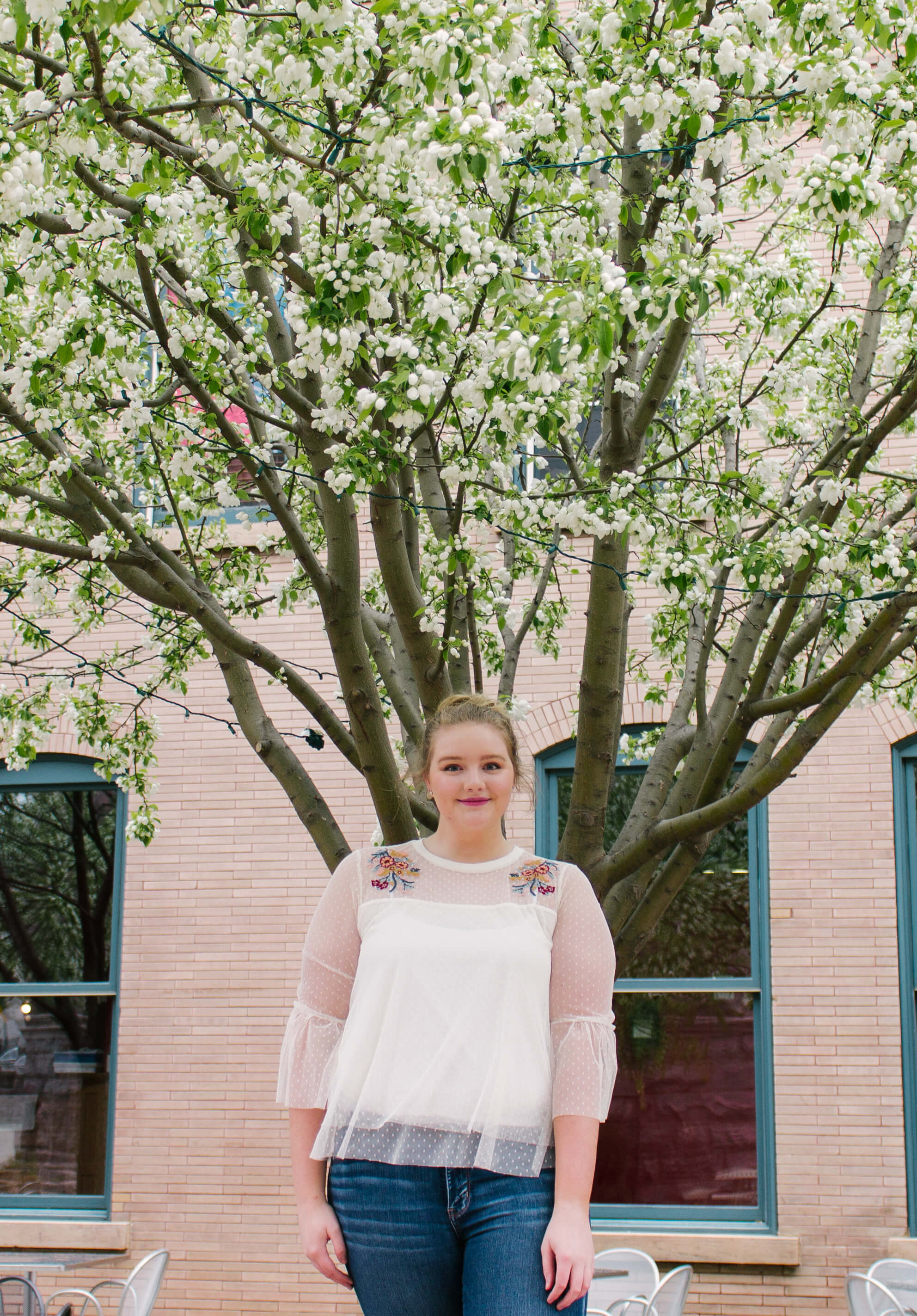 A twenty something advertising major from South Dakota. I’m an avid lover of makeup, coffee, books, succulents, and photography. You’ll find posts about beauty, college, and other lifestyle bits.

here’s a selfie to commentate my new hair on the feed 🌞
Thought I would join the club and wrap up my year! 2019 - through the pictures that never made it to my feed. •Went to Chicago again •Traveled to Seattle •Completed my first internship •Got my CDL license •Got some pretty awesome roommates and friends 💕 Here’s to 2020 and the next decade 🎉 Used my new Origins foundation in the first look! #OriginsTribe #contest #complimentary @Origins @Influenster
Impromptu photo shoots in the snow in the parking lot of our apartment. Thanks for the pics @cameron_schroder!
Hobo Day with all my fav people 💙💛
Another great summer at camp ⛺️😊Spent my days out at Wall Lake working on my Chaco tan, cooking pies and hauling kayaks. I also learned to drive a bus!! (only a little yikes but overall a fun experience!)
Congrats to my friends Alisha & Joe on their marriage yesterday! Thanks to Sam for letting me third wheel this weekend in Rapid City, it’s always a good time with friends! 💕
%d bloggers like this: